A day of clarity

Having now officially owned the plot of ground that is
our therapy garden for a month now, we had it officially surveyed
to make sure we understand where the plot marks are.
Our neighbor lady who sold us the plot has been highly contentious, especially this last spring. After she asked for a fence to be put up along the back boundary line between each of the plots, she just had a fit about the survey markers location because her cabbage plants were in the way.
This survey helped to clarify both the plot line along her garden, but revealed that we own a meter on the other side of the fence, with the neighbor behind the house, along the left of the garden plot. This gentleman neighbor even more contentious,
so we’ll simply have to wait, if we do anything. 😏 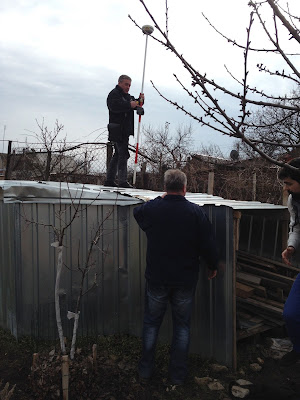 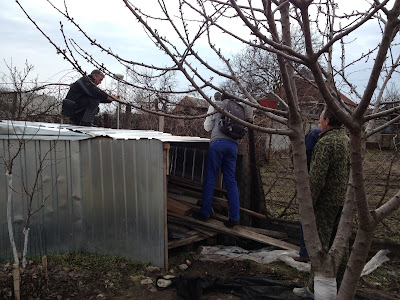 This corner where we’ve put in a temporary wood storage shelter abuts two other neighbors plots and our marker is on the other side of the fence here too,
though about a foot, not a meter. 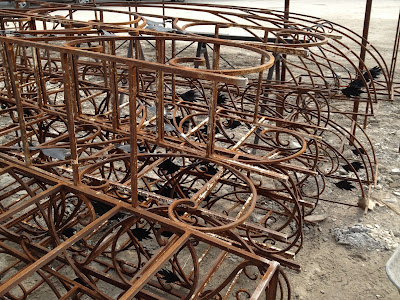 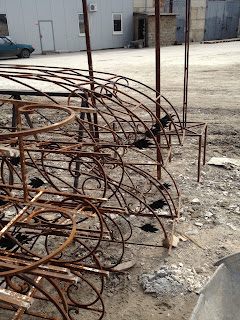 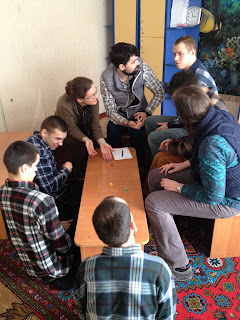 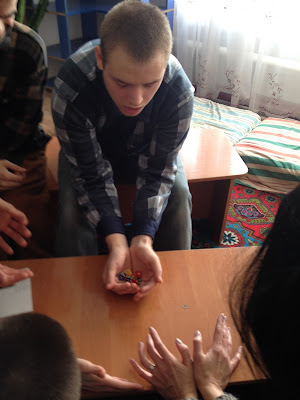 Stass trying his first time at the game Farkel 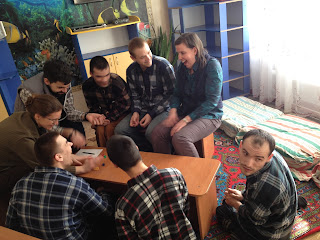 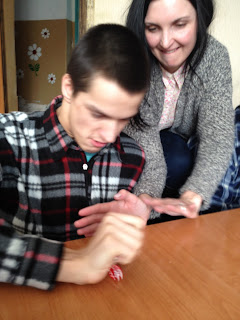 Keeping the dice on the table was a challenge… 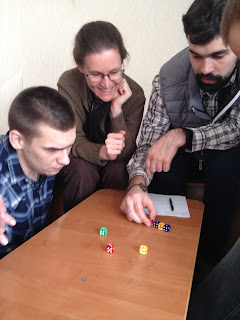 …but we managed after several tries and had fun. 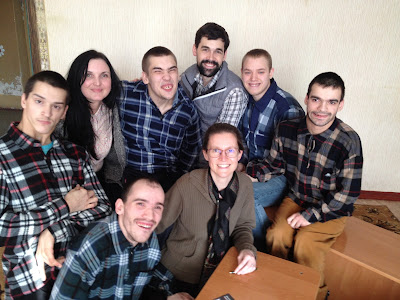 Sasha on the left – has cerebral palsy, and my new co-worker Sasha next to him. Vitya in the navy plaid also has cerebral palsy. Next to him is Maxim, m project manager/director and Stass, not from Tsurypinsk, but planned to join the home. Artome, is on the right end, much older than all the others and was at Tsurypinsk, but before I began working there, a potential candidate, but we have so many. Ura down front with Phyllis, my co-worker, will be in the home as well. He is very much a child in his thinking and demeanor, a sweet heart.