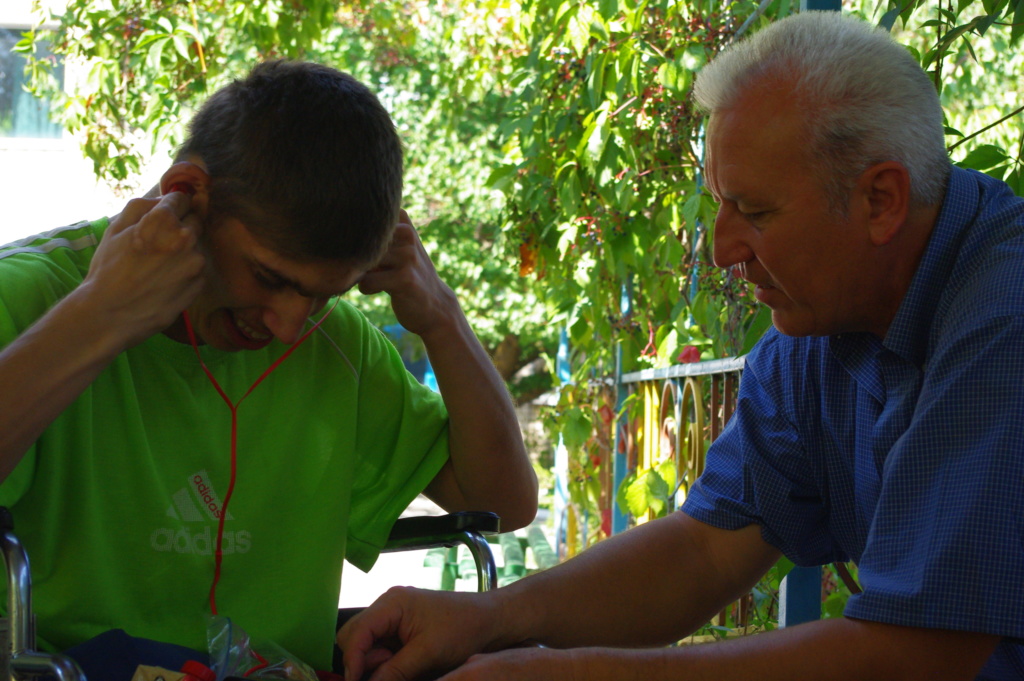 Slava is our one guy that has a parent, a Mom. She’s a seamstress and not wealthy, and the visits out to the institutions are challenging for her because of the expense of public transportation, and the work hours she can’t afford to lose, so she doesn’t go often. But Irina is thrilled that her son will be living closer, in Stephen’s Home.

Slava, a guy with a big heart, appreciates every effort one makes on his behalf. He’ll tell you 4 or 5 times, so you won’t forget. Slava is autistic and wheelchair bound. This complicates life for him immensely because he is at the will of everyone around him, telling him what to do, when to do it. Though at one point he may have been very capable of making decisions for himself, they’ve been made so often for him, he’s just learned to go with the flow. And when he gets bored or isn’t involved in an activity to keep his attention, he’s off in his own little world flailing his hands in the air or chewing on them. Being deprived of attention for far too long has caused these bad habits to form. We hope and pray that with time, gentleness and a bit of tender loving care, Slava’s life will take a turn for the better, towards Jesus, his loving creator.

Slava likes to do things that involve detail, though his projects take some time and may require some help. Be it legos or another game, they thrill him to no end. We may have a problem soon: finding a place to store all the legos Slava may have and keeping them from spreading all over the house… not a bad problem to have.