May 20th
Our day to visit the adult institutions 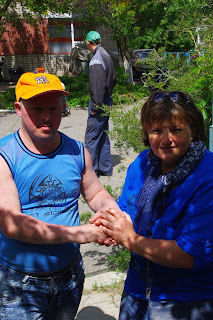 Nadya, Sasha’s wife, sharing time with a young man who has down’s syndrome 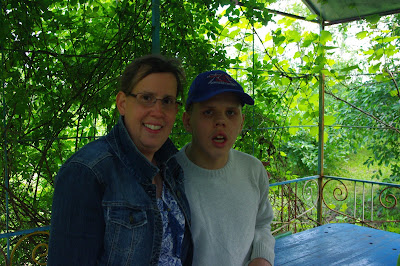 Sergey, one of the young guys who will be in Stephen’s home one day soon.
He use to live in the orphanage in Tsyurupinsk, was moved here about
2 years ago, to Kiary. 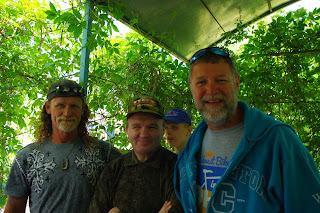 Bryan and Paul with another man here in Kiary.
This institution is a dormitory for 500 mentally disabled men. 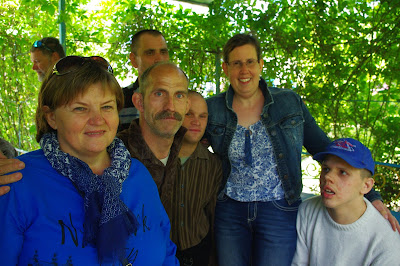 Sharing with both guys I’ve worked with at the orphanage & others I’ve not.
All simply wanting a lil’ bit o’ luv! 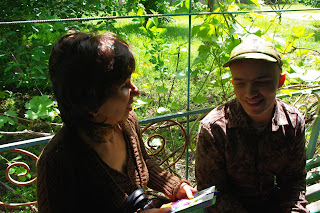 Nadejda Borisevna, on the board of advisor’s for PROMISE, sharing with Kiryil, also a potential guy we’d like in Stephen’s home. 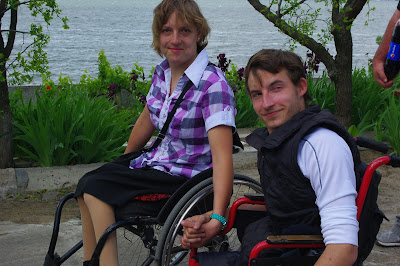 Then we went to Kahovka to share with Oksana and brought Sasha,
her friend, with us from the orphanage as he hopes this will become his new home as he’s now 18 and of age to move out of Tsyurupinsk.
This would hopefully be a short detour before Stephen’s home for him. 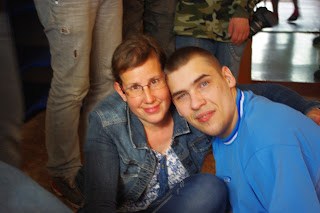 Our last stop for the day was Nedpriana. Vitya is always glad to have a guest. A new book to read and look through for he & the other guys brought smiles to their faces. 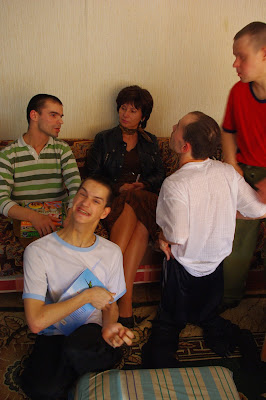 The two young men in front of Nadejda Borisevna, Sasha and Ura, not facing the camera, are to be in Stephen’s home. I learned this day that one young man we worked with died of heart failure. Makes me very sad. 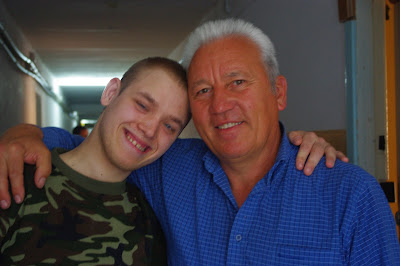 This is Stass with Sasha!
For those of you who have a book mark that has a different picture, I was mistaken. This young man Stass is bright, just like Oksana and he loves the Lord. He became close friends with Sasha when Sasha was out there remodelling the bathroom that we made handicapped accessible for all the guys.
This was a long day, emotionally draining, but it was so good to share with the guys & gals!