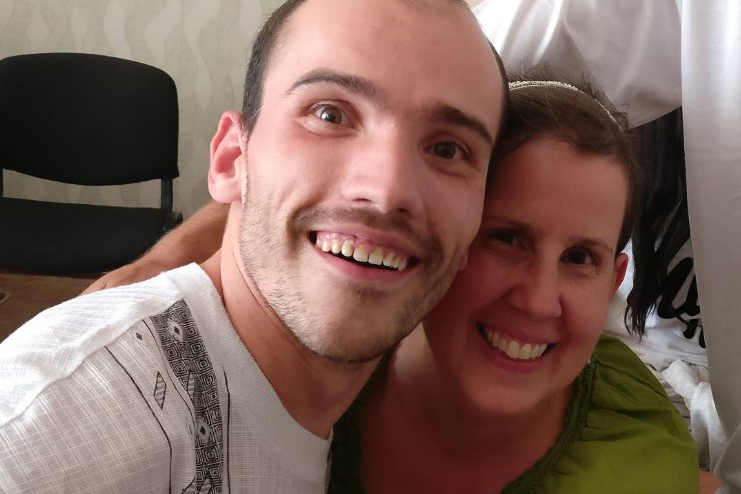 Yura is Vitya’s close friend, he is a child in a man’s body. His favorite color is yellow. He enjoys singing songs as a group and grins so big. He loves to have his back scratched, a need for consistent, loving physical touch that’s been long neglected.

He knows when he’s loved and he recognizes, very clearly, when love is not directed toward him. I won’t forget the first time we went to to visit him after he’d been moved from the orphanage in Oleshky to Dnipriany. We all were required to wear white medical coats on that first visit, which emphasized the sterile environment the guys were required to live in. The four guys, including Yura, who had been moved together were in the room with us and Yura had tears pouring down his face. He said, “I wasn’t supposed to be moved here, I’m supposed to be in a better place.”

This cry of this young man whose heart was broken has been one of the driving forces behind getting Stephen’s Home completed. We desire for him, for whatever amount of time God gives him here on this earth, to have a “better place” where love and compassion are freely given, where friendships are reunited and given the opportunity to grow and flourish. He’ll be rooming with his best friend, hopefully the best place to start.