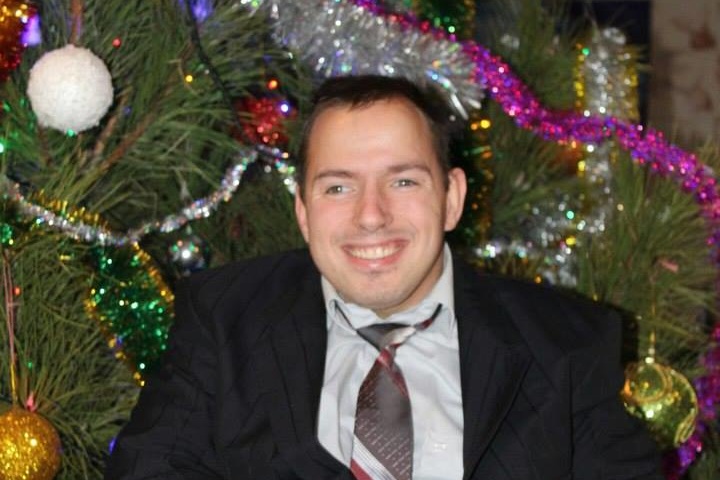 Artem is the oldest in the group
Now living in Ushkolka, he is a sweet young man, 29 years of age. He was moved out of the orphanage within the first year or so after we began working with the teens full-time in 2008. He was at our very first picnic and I recall the thrill on his face, enjoying being in a park, outdoors, having fun. This simple pleasure has been rare in his life. When he turned 18, he was moved to Kakhovka, where Oksana, our good friend, has also resided. This change of location was not a good one for Artyom.

He lived in a room with 3 older men who did not appreciate Artem. His desire to learn and ask questions of others, as he’s rarely had an opportunity to be in classroom, just annoyed folks. He has been shunned by the roommates and others. When he’d go to eat in the cafeteria he’d be asked to sit elsewhere. The simple relationship of friendship has only been offered to him by Oksana.

The head medical staff decided Artem did not belong there, so he was released and put in a another institution in the distant village of Ushkolka in 2019.

On February 12, we made the trip to see our buddy. The delight on Artem’s face when he saw us through the window was worth every kilometer of bumps and potholes along the way. Seeing we had brought gifts for Artem, the social worker there asked if we would consider bringing more next time for the other young men, too. The Lord has given us an open door through this gal, so when the time comes to move Artyom to a better place, Stephen’s Home, she will be in favor of this decision. Artyom did share, amidst his excitement, that his roommate is older but helpful to him. He appeared to be healthier and had filled out some, so we are prayerful that until we can move him, Artyom is where God has placed him.

One important note about Artem: he loves Jesus and reads his Bible. Please pray with and for him.